It's Just a Pond 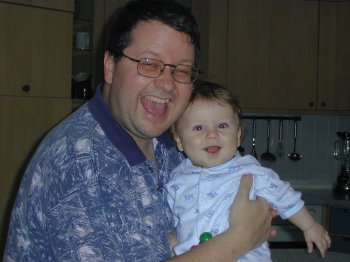 Hey, cool, a pictureRef macro! Does it work yet? Yes, it seems to (although Netscape doesn't like the rollover).

Wes mentions "The Man Who" from Travis, which has apparently just been released in the States. I got this for my birthday in February from my brother-in-law Roland. Mama's comment: "It's not wierd like the other CDs he gives you."

If McDonald's can sell Big Macs around the world, why can't record companies manage to release music to both the US and Europe?

Another example is "Reload" from Tom Jones, his curent collection of duet pop remakes, which (AFAIK) isn't scheduled to be released in the States at all. "Sexbomb" was the big single. but my favorite is "Burning Down the House": the Tiger shouts, Nina Persson of The Cardigans whispers.