MamaMaus was on a 3-day business trip to Warsaw (the business was only one day, but extra activities and stupid connections meant she was gone 3 days), but unlike her numerous Munich trips, she brought home a nice present... a bottle of Chopin Vodka. The coolest thing about it is the packaging. 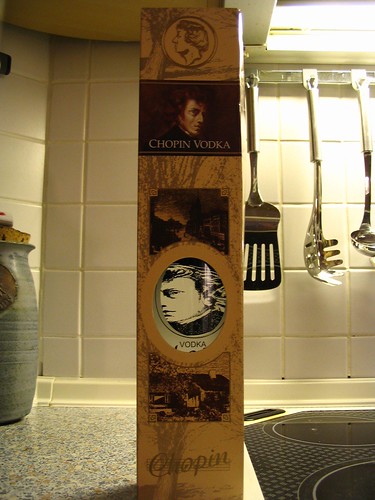 There you can see the composer looking out a hole in the box. He's actually printed on the back of the bottle. And I don't even like vodka. 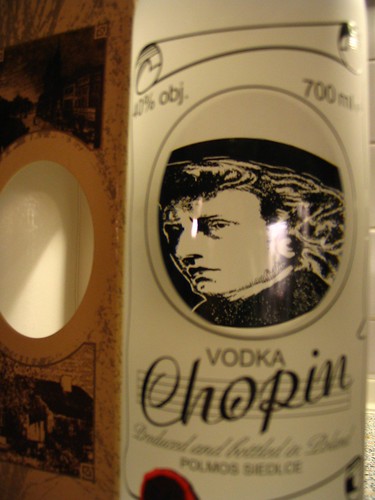 The German division of her company was incorporated into a "Central European district" last year, so she's having more to do with Eastern Europe. This was her first trip to Poland, and she came back excited, about both the culture in Warsaw, and how well they do business.

(Update: Did I mention that she (and I) have had the schedule from hell since going back to work? She was on the road 8 out of 9 days, including the entire weekend, while Christopher was home with school vacation and we were stuck in he house because it rained nearly every day? Maybe we both need the vodka more than we know!)