The past two weeks these posters have been sprouting like mushrooms. 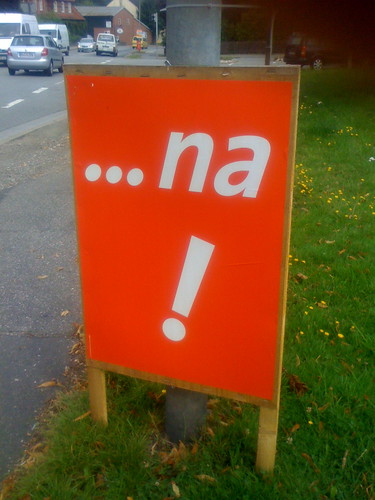 What do they mean? I've gathered the following facts:

So the posters have something to do with the SPD. The local paper explained the mystery that the posters will be updated twice before the election with more letters to form a complete sentence. I would think, though, with the bad polls the SPD has been getting, they'd be better off getting their complete message out now rather than waiting until later. By then it might be too late.

Then we have this. I take it the graphic artist is a plant from the opposing party and deliberately sabotaged this poster. 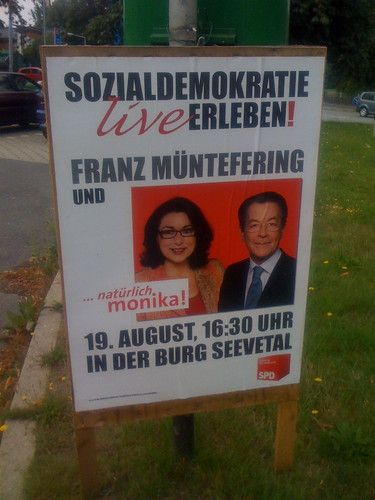 On the other hand, there is the "... na" from the first poster. That mystery is now solved! But what is the candidate's last name again, in case we wanted to vote for her?