I've been in Germany too long to be really shocked by anything anymore, but last night I had to let my jaw drop. Christopher was watching the Disney-owned TV channel SuperRTL, which was showing a Christmas special from the cartoon "Recess". According to the German dub, this boy was dressed as a "Christmas Tree" (screenshot from YouTube). 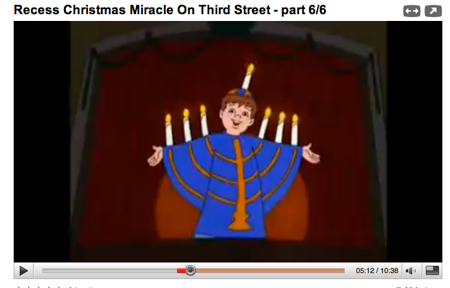 I'm assuming the cause was ignorance rather than anti-Semitism, since I'm sure TV shows are translated quickly rather than carefully. But then again, you never know...