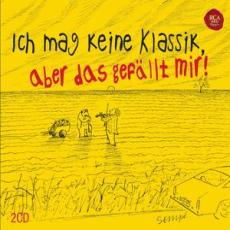 The past several weeks our son has been obsessed with classical music. I suspect it has something to do with the music instruction at his new school.

It doesn't come from us. Our consumption of classical music is close to zero. My wife currently has Rihanna and Katy Perry on heavy rotation in her car. Should you ever have the opportunity to drive her car, it is highly recommended to turn the music volume down before touching the ignition, if you value your sense of hearing.

He started taking keyboard classes last fall, and with some Christmas money we got him a basic Yamaha keyboard. It has some canned classical pieces in memory, Für Elisa, Wilhelm Tell, and stuff like that. He'd listen to them and try to play along. I finally got him a CD with some real recordings ("I don't like classic but I like this") so we don't have to listen to the tinny keyboard playback anymore.

Then he came home telling us about Mozart and opera and The Magic Flute and that he'd really like to see it sometime. It just so happened that a traveling ensemble presented The Magic Flute at our local theatre this month, and since then we have the CD and have to listen to opera every morning for breakfast.

Then this week his school presented an evening with two concert pianists playing Haydn which we had to attend (without Mama, for her that was too much). And now when we hear a good song on the radio, and we tell him "That's a song from when we were young, that's an oldie", he answers, "Not as old as my music!".

Like I said, it didn't come from us. Maybe he was born this way.